In the article they mention the process and the experience our Authors had publishing with us. Read it below: 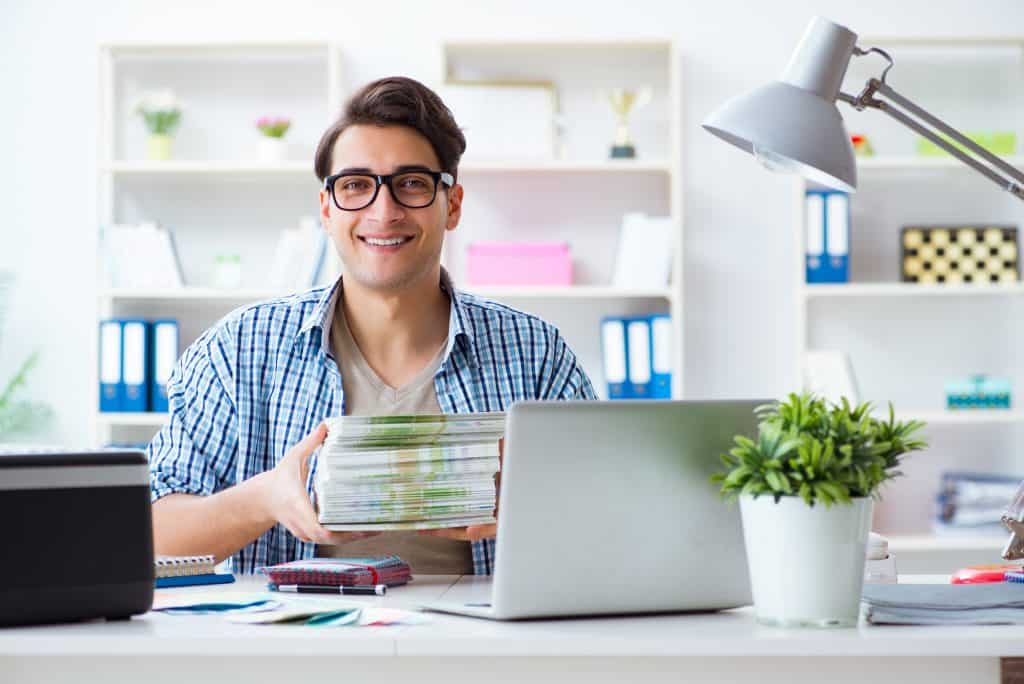 The five Africa-based Lambert authors we spoke to included three holding tenured academic posts (one Senior Lecturer and two Professors) at established universities in Nigeria and Kenya. One had published 17 books with Lambert, another had published three. Three of the five had been approached by Lambert offering to publish their thesis, the other two had found the publisher online.
Emmanuel, a Nigerian independent scholar who had recently completed his PhD, explained that Lambert ‘blew me away’ because ‘they have no restrictions’. He had first considered a Chinese publisher, but ‘they didn’t provide as much information as Lambert did’. He had been impressed by the ‘rapidity with which the process happened … in half a week they got back to me. I reviewed it. Within a week they sent back my final copy, so lots of positives.’ Two others also mentioned the ‘speedy’ publishing process as a benefit.
All five Lambert authors appreciated the publisher’s ability to ‘get your work out there’. Several cited the appeal of global recognition. Mulemi, a Kenyan academic with 17 Lambert books to his name, credited the publisher with ‘putting people from nowhere, the periphery, the villages, on the map’ through their ability to distribute local research internationally. He felt that no-one should ‘say nasty things about Lambert’. He claimed that his PhD thesis would have remained unpublished if it was not for Lambert. Three authors mentioned that Lambert books were sold via Amazon, Waterstones, and other web portals, offering the opportunity for others to discover their work. Bankatunji pointed out that these listings had led other academics to get in touch. Aware that his choice had not been about garnering reputation prestige, he said his ultimate ambition was to publish in ‘more renowned places’ since ‘the top publishers try to bring out the best in you’.
Thomas, a Nigerian Professor of Architecture, explained that ‘they have the edge over the Nigerian publishers, the print quality is better than our publishers’. He admitted that his university ‘consider Lambert to be a predatory publisher … they don’t consider them as acceptable for promotion … but the advantage is that Lambert can promote us internationally’.

Click the button below to be redirected on Lambert Academic Publishing Webpage, where you can learn more about how the publishing works and even start your publishing process.

The role of vocational schools as educational institutions can synergize well with the Industrial and Work World in terms of being competent, skilled and possessing soft skills. In forming and making students who have knowledge, competence, soft skills, of course, the role of the principal as leader, school manager, teacher as an educator who has the main task of educating, guiding, training, directing, training, assessing, and evaluating students will determine whether or not students are achieved. The consultant's role is to provide advice or instructions in carrying out school management. For this reason, it is necessary to develop soft skills through the application of 5 cultural values ​​(honest, disciplined, responsible, cooperative and caring) and 5S values ​​(seiri, seiton seiso, seiketsu, shitsuke) in the workshop. So that vocational school graduates can make changes so that they can be absorbed in the world of industry and work.

⬇️ Click the link below for more information!
🌐 www.morebooks.shop/store/gb/book/developing-soft-skill-for-vocational-school/isbn/978-620-4-73403-3

✅ New Release! #semiconductor #transitors #diodes
"Carving out the way to the solid-state domain"
A brief history of semiconductor making in Brazil

The first book ever published on the history of semiconductor making in Brazil. In its chapters the book covers the experimental on early types of crystal radio wave detectors, the semiconductor as an imported technology, the Japanese transistors arrival in the market, the beginning of transistors and diodes local fabrication, the market reserve policy and finally the saga for the domain of the solid-state technology culminating with the foundation of advanced researching institutes and innovative entrepreneurial environment for integrated circuit making.

Was a German physicist who received the Nobel Prize for Physics in 1911 for his displacement law concerning the radiation emitted by the perfectly efficient blackbody (a surface that absorbs all radiant energy falling on it).

⤵️ We gathered some books on the topic of his studies and discoveries. Click the links below to learn more about each book: